Consumers are often wary of long-term financial commitments. Their wariness often has more to do with financial caution than outright suspicion, because it sometimes doesn’t make sense to enter into a lengthy contract, and there are many good reasons to avoid signing a contract for a home security system. If you are a short-term renter, are a parent with a child who’s away at college, or anticipate moving soon, a contract is constraining and wasteful. In that case, it’s important to know which no-contract security systems are best and which have the features you’re looking for. 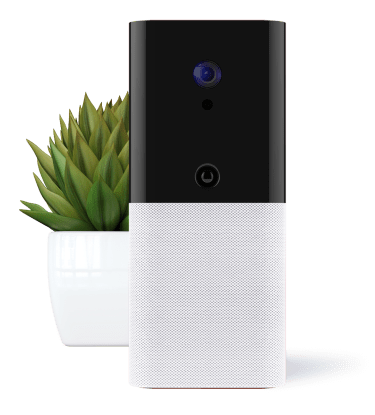 Abode’s pricing structure begins with a $279 starter system kit and a basic service level, which is free. Customers can upgrade to the “Connect” level for $10 a month or $96 per year, while the “Connect Plus” upgrade is priced at $30 a month or $240 a year. The basic security kit includes:

A more recent package costing $199 was launched in 2018. Called Iota, it features a camera and smart hub, which can be integrated with other smart devices. Interestingly, Abode has stressed that customers “don’t really need” the new Iota system unless they want the additional features.

Other features include a wireless keypad and a wide-angle indoor streaming security camera. Abode operates with Z-wave and Zigbee, and integrates with these smart home technologies:

Abode is a simple DIY system to install, thanks largely to double-sided adhesive tape. All in all, it can be installed in under an hour.

Vivint is another popular no-contract home security offering, because it makes home automation easy, though its pricing structure is a bit higher than other systems. The basic package is $29.99 a month, while the Smart Home (automation) package jumps to $40 per month. The Smart Home Video offering is $50 a month; however, Vivint doesn’t require a monitoring contract with this option (although each plan does require a cellular connection). Equipment can be paid for up front, or it can be financed and paid out in monthly installments.

The Vivint system is all about home automation and superior technology, with top-of-the-line cameras and a package that supports live camera feeds, recording, and storage. Vivint made a lot of people happy with its decision to forego its 5-year contract in favor of a month-to-month agreement, with the ability to cancel whenever you want without penalties.

All sensors cost $100, the exception being the door/window sensor, which is $50. Customers are required to purchase the basic package, which includes:

Vivint smart home plans make it easy to control your:

If you’re just looking for a basic alarm system, there are less expensive options. However, for people who demand in-home automation with top-shelf equipment, Vivint is an excellent choice.

Like Vivint, the Scout security system is a good option if you’re into smart home integration, integrating easily with smart home devices from multiple companies. Scout is a DIY system, which means you can expect to pay less for monitoring. The Always On plan is $9.99 a month, though there’s no 24/7 monitoring or cloud camera storage (but you do have access to the Scout mobile app and SMS alerts, which lets you know what’s going on at home).

If you live in an area where sensors are high-priority items, Scout may be the system for you. It has an extensive range of offerings, including:

You can also add a Yale smart door lock, and for $99, you can add a security camera with night vision and 1080p recording. The Scout system uses Z-Wave and Zigbee, so it can be integrated with:

SmartThings’ new and improved hub has many new features, including battery backup as well as the ability to operate locally and in the cloud. If power goes out or the internet fails, you’re in good shape, which is very good news where home security is concerned. Currently, integration with Amazon’s Echo gives you voice control over pretty much everything (i.e. lights, locks, etc.) connected to your hub.

The system can be purchased for $154.99 through Amazon, and monthly professional monitoring is available for $19.99 a month. The system’s dashboard includes Smart Home Monitor. You can arm or disarm the system from the primary page, and with a right swipe, you can check the status of all devices that perform a given task. Swiping again will reveal a list of home security incidents. You can also receive alerts via video clip when activity is detected by your security camera.

SimpliSafe is a popular and affordable DIY system with a la carte equipment and professional monitoring. At $14.99, the Standard offering includes 24/7 monitoring; the Interactive upgrade, which costs $24.99 a month, comes with monitoring and a mobile access app. The app is impressive, letting you arm and disarm the system; view your system’s activity log; and receive visitor alerts. There are plenty of features, though SimpliSafe is somewhat lacking in the home automation area. However, it will integrate with Amazon Alexa and Nest thermostat.

In addition to cellular and WiFi connections, as well as system and battery backup, SimpliSafe offers:

As with any home security system, price, features, integration, and reliability are determining factors for no-contract security products. What differentiates one from another is individual preference — what matters most to the consumer, whether that means home automation, monitoring, mobile control, or DIY and a la carte flexibility.